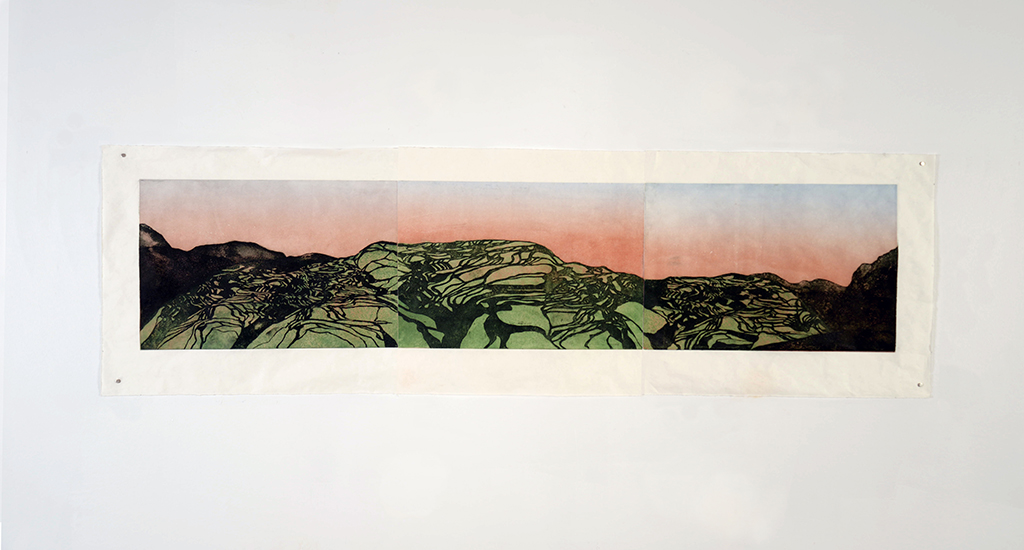 An international student from China, Yue began her education at TRU in the BBA program. After two years, however, she returned to the arts which had been a major part of her life since childhood. Canada’s environment and geography broadened her artistic vision and concepts, giving her a new creative direction. Combining elements of Chinese cultural characteristics with her love of printmaking technology, Yue recreates both her worlds in art. Plums and orchids, bamboo and chrysanthemums, poetry and folklore are often features in her prints.

Xu Bing, a printmaker who resides in New York and China is a major influence on her work. Yue hopes that, as an “other” from overseas, she too, can find a sense of cultural identity.

My work is based on cultural identity, so I use various Chinese elements to create different forms of art to explore the relationship between Chinese culture and art. Those involve folklore, myths and legends, ancient poems and characteristics of Chinese architecture, etc. I use these in printed forms to show familiarity with Chinese symbols and create new meanings in different environments.

My work Rice Fields was set in the Hani ethnic group in Yunnan and is called Yuanyang Terraces. The Honghe Hani Terraces are the wonders of a terraced farming civilization created by the Hani people and their sub-groups using the special geography and climate to cultivate tea and rice. The Hani people cultivated these terraced fields since ancient times, and are representative of their culture.

No figures appear in Rice Fields, but human traces are everywhere. I chose green as the main color to represent the growth process from soaking the fields in water to ploughing, from seedling cultivation and planting to deep spring colors. This is the vitality created by farmers and cattle, and it is also the result of harmonious coexistence between man and nature. Similarly, the arc-shaped ridges of different widths constitute the beauty of the organic lines of the terraces.

I chose these terraced fields as my theme because in China farming has dominated for a long time. There is a strong belief that “Food is fundamental for the people.” For thousands of years, people have adapted to the living space of high mountains and valleys. Dikes are built according to different topography and soil quality, and the natural conditions of “how high is the mountain and how high the water” are used to open up terraces of different shapes, which are an important source of food.

The terraces demonstrate the harmonious coexistence between man and nature and the magnificent beauty that has continued since ancient times. They are a totem on the ground, lying quietly on the mountain, telling its stories and culture to each generation. 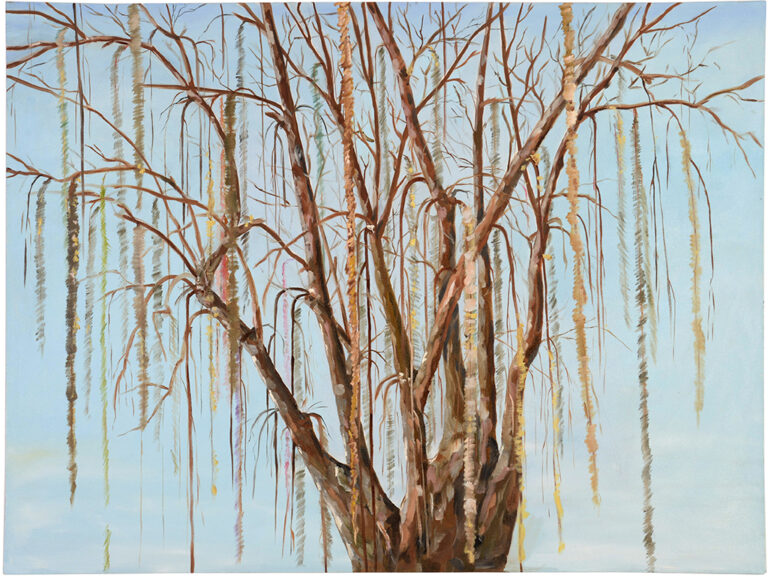 A Chinese international student, Ma Junxiang came to Canada in 2014. Through his Fine Arts studies, Jun found his niche in painting and his current body of work focuses on that interest. The first of his large scale series Observation Through Water, looks at water surfaces and how, even though transparent, the fluctuations of that… 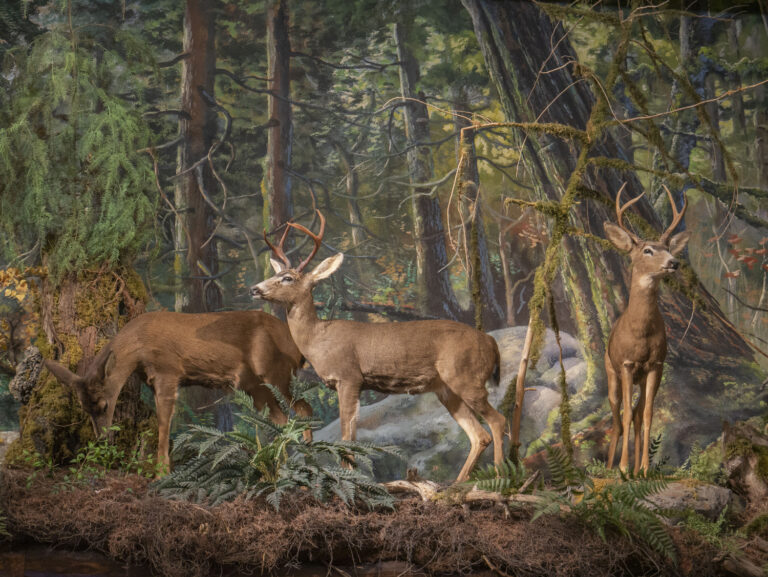 Artist’s Statement Colour Digital Photo Series – Who’s Who of North American Wildlife My work questions land use and colonization using photo-based artwork in reference to realism and created mythologies. Through photography, my subject of animals in fabricated settings asks questions. Epic depictions of taxidermied wildlife in sculptural and painted scenes show the animals as…

Kaitlyn Heaney was born and raised in Kamloops and was fortunate to spend a year with extended family in the Yukon. After working fulltime for four years to fund her post-secondary education, she enrolled in Thompson Rivers University. There she furthered her skills in drawing and began painting. Drawing has always been a part of… 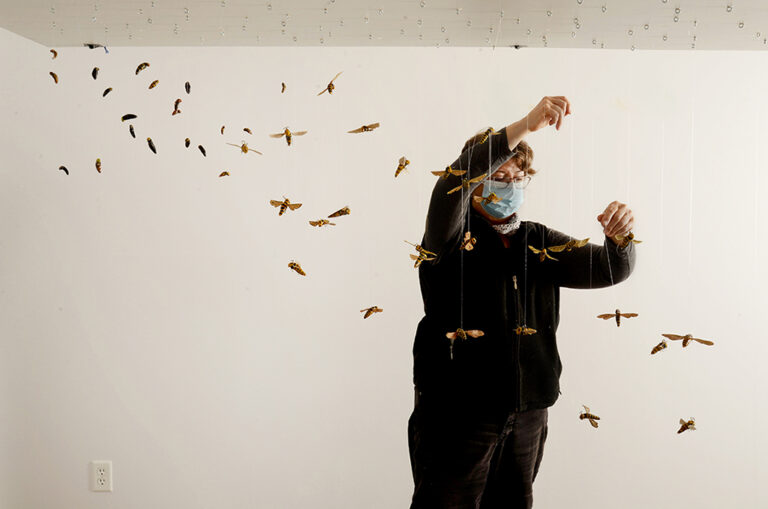 Born in Vancouver, Janet McChesney spent most of her life in Toronto. After gaining an HBA in Economics and Political Science, she worked in various managerial roles with a global corporation and visited many areas of the world. This gave her the opportunity to learn about different cultures and art. Not until retirement did Janet… 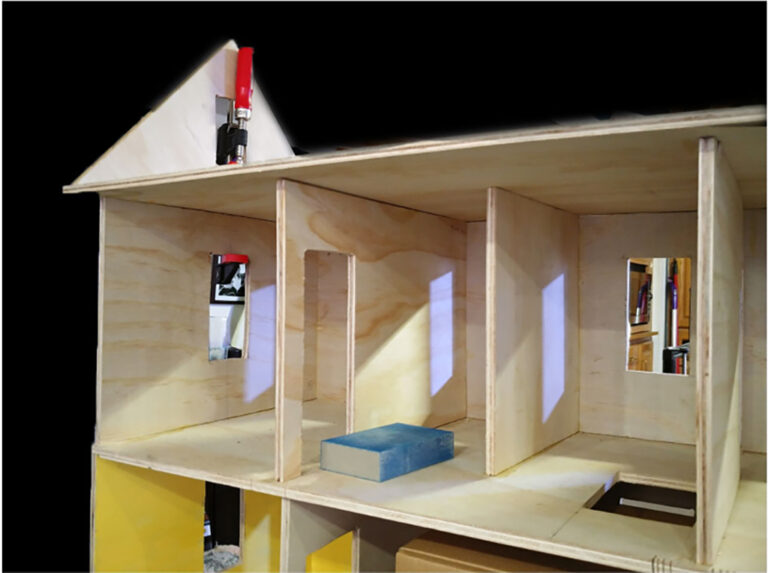 Laurie Mackie is an artist, photographer and writer currently residing in Barriere. After thirty-plus years in the accounting and taxation fields, she returned to school in 2011 determined to explore her love of words and the creation of story.  Following the granting of her B.A. in Creative Writing and intrigued by the relationship between word… 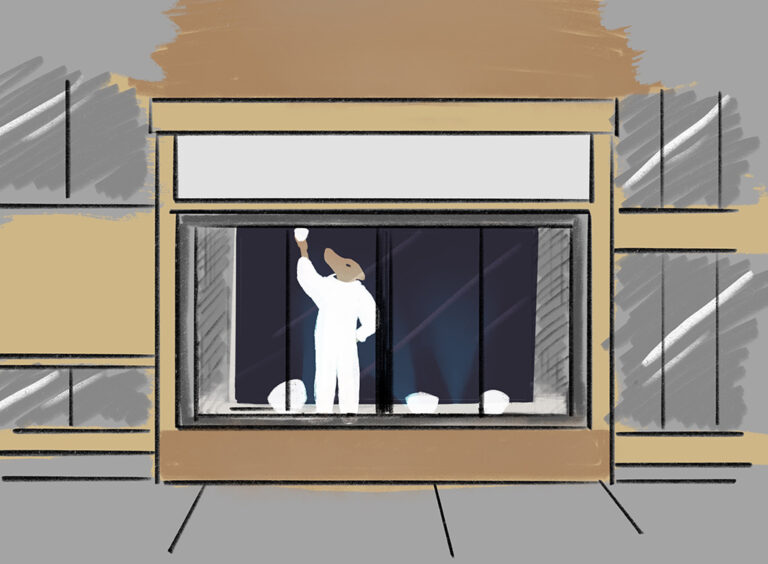 Elsie Joe is an interdisciplinary artist who grew up on the outskirts of Merritt B.C. Since childhood, she has had an interest in arts and crafts, often found creating works in mud and rocks or drawing and painting where she shouldn’t. At her mother’s urging, she enrolled in Thompson Rivers University’s Bachelor of Fine Arts…